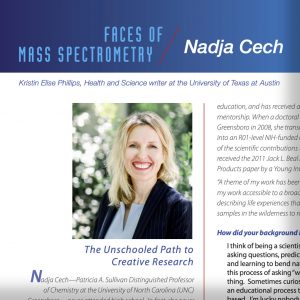 Read the full interview in the October, 2019 issue of JASMS “Faces of Mass Spectrometry.”